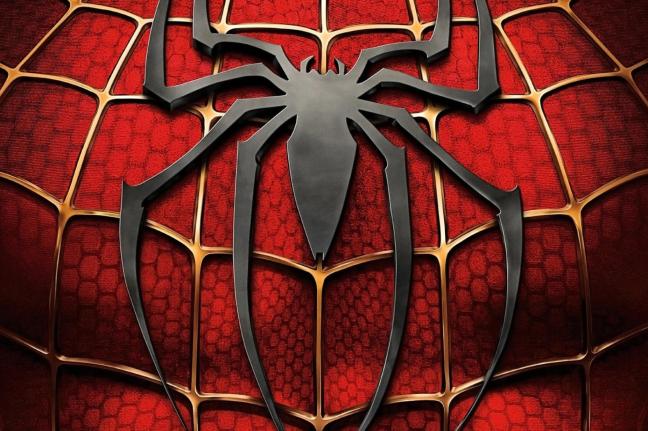 Editor’s Note: This article contains spoilers for Avengers: Endgame as well as the Tobey Maguire, Andrew Garfield and Tom Holland Spider-Man films, including the recently released Spider-Man: Far From Home.

In the past two decades, Spider-Man has appeared in more Hollywood films than nearly any other superhero. But unlike Iron Man and Wolverine — portrayed on the silver screen by Robert Downey Jr. and Hugh Jackman, respectively — several different actors have put their own spin on the masked web-slinger. Tobey Maguire, Andrew Garfield and Tom Holland have given us a trio of blockbuster Spider-Men, each with his own strengths and weaknesses.

With July’s release of Spider-Man: Far From Home, I decided to revisit each film in the Maguire, Garfield and Holland series, ranking them from worst to best. Some have held up quite well over time. Others… not so much.

For the purposes of this list, I won’t be including 2018’s Spider-Man: Into the Spider-Verse. Yes, it’s excellent. If you haven’t seen it, you really should. But it doesn’t seem fair to compare an animated movie, with all the creative freedom such technology allows, alongside the more staid live-action films. Into the Spider-Verse resides in an entirely separate category of film.

For a time, it seemed every studio wanted its own version of the highly-successful Marvel Cinematic Universe. D.C. had Justice League and Batman v Superman: Dawn of Justice. Universal Pictures tried, and failed, to launch a “Dark Universe” that would have woven together tales of the Mummy, Dracula and Frankenstein’s Monster. 20th Century Fox had a few on-and-off successes with the X-Men franchise before Disney acquired the studio, paving the way for the mutants’ impending inclusion in future MCU films.

And then there was Sony, which planned a Spider-Man-centered cinematic universe. Ah, Sony. You tried. You really did. The source material was rich and varied. There was undeniable potential. Spidey’s eclectic rogues’ gallery was a solid foundation that, carefully built upon, could have produced the most exciting, creative, unabashedly adventurous Spider-Man film yet.

Instead, we got The Amazing Spider-Man 2.

For the record, I enjoyed this film — probably more so than most. The core relationship between Peter Parker and Gwen Stacy, played by the real-life couple of Andrew Garfield and Emma Stone, was compelling and authentic. However, the villains — the many, many villains — were neither. Electro, the Green Goblin, Rhino and Black Cat (alias, Felicia Hardy) all appear, with none given interesting motivations or poignant arcs. Villains from the Sinister Six, including the Vulture, Doc Ock, Chameleon, Kraven the Hunter and, possibly, Mysterio, are also teased for future sequels and spinoffs. The result was to stuff this already bloated film far beyond its limits.

With so many ingredients, it’s no wonder The Amazing Spider-Man 2 was an incoherent mess.

Much that ails The Amazing Spider-Man 2 similarly bogs Spider-Man 3: too many villains, an unfocused narrative and a spider-story that’s less about Peter Parker’s internal struggles and more about his external escapades (notwithstanding the film’s tagline, pictured above).

That’s not to say Spider-Man 3, much like The Amazing Spider-Man 2, doesn’t have strong moments and compelling characters. It does. Thomas Haden Church’s Sandman is the typical Spider-Man villain, and I mean that to be a compliment. We understand his motivations and why he feels compelled to engage in a life of crime, to use his newfound superpowers for seemingly ignoble purposes. The greatest Spider-Man villains are dark counters to Spider-Man, himself. Instead of taking to heart the notion that “with great power comes great responsibility,” they surrender to their own worst impulses. When Sandman is on screen, Spider-Man 3 succeeds.

And then there’s Venom, the Symbiote from outer space. Venom in Spider-Man 3 assumes at least three different forms: unattached Symbiote, dark-suit Spider-Man and evil Eddie Brock. None of these forms are all that interesting, with dark-suit Spider-Man, perhaps, being the most atrocious of the three. Harry Osborn suits up to become a pseudo-successor to the Green Goblin, but he is sidelined for most of the film from a bad case of amnesia, only to brought back into action in the final battle. It’s too convenient, the quintessential example of a lazy action-movie cliché. Spider-Man 3 never quite overcomes its shortcomings.

Following the critically panned Spider-Man 3, Sony had to choose between continuing the Tobey Maguire franchise or starting anew with a rebooted Peter Parker. We got the latter in the form of The Amazing Spider-Man, which premiered a mere five years after Spider-Man 3.

The Amazing Spider-Man is suitable enough. We see the death of a new Uncle Ben, and are slightly less affected this second time around. We see Andrew Garfield deal with adolescence and superherodom, an amusing rendition that fails to match the same quality of the Tobey Maguire films. And we encounter a new Oscorp scientist turned supervillain with Curt Connors, a.k.a the Lizard, who is certainly interesting, if a bit derivative of Willem Dafoe’s Green Goblin or Alfred Molina’s Doc Ock.

Truth be told, The Amazing Spider-Man is likely the most forgettable film on this list. It’s neither memorably bad, like the preceding two films, nor memorably great, like the following four films. It’s just… O.K. And you know what, I guess that’s O.K.

The simply named Spider-Man is the film that started it all, bringing the web-slinger into the blockbuster realm. It’s dated as well as a bit campy, but the characters are loads of fun. Willem Dafoe plays Spidey’s arch nemesis, the Green Goblin, in zany and eccentric fashion, with more than a touch of Dr. Jekyll and Mr. Hyde. James Franco is Harry Osborn, Peter Parker’s best friend, while Kirsten Dunst plays Mary Jane, Peter’s primary love interest. And let’s not forget J. K. Simmons’ J. Jonah Jameson, the maniacal magnate of The Daily Bugle whose performance in the Tobey Maguire films was so great he was brought back for a guest appearance in a Spider-Man: Far From Home mid-credits scene.

Spider-Man made every other film on this list possible. Although it didn’t perfect the Spider-Man blockbuster formula, as the first big-budget Spider-Man film, it never really neeeded to. 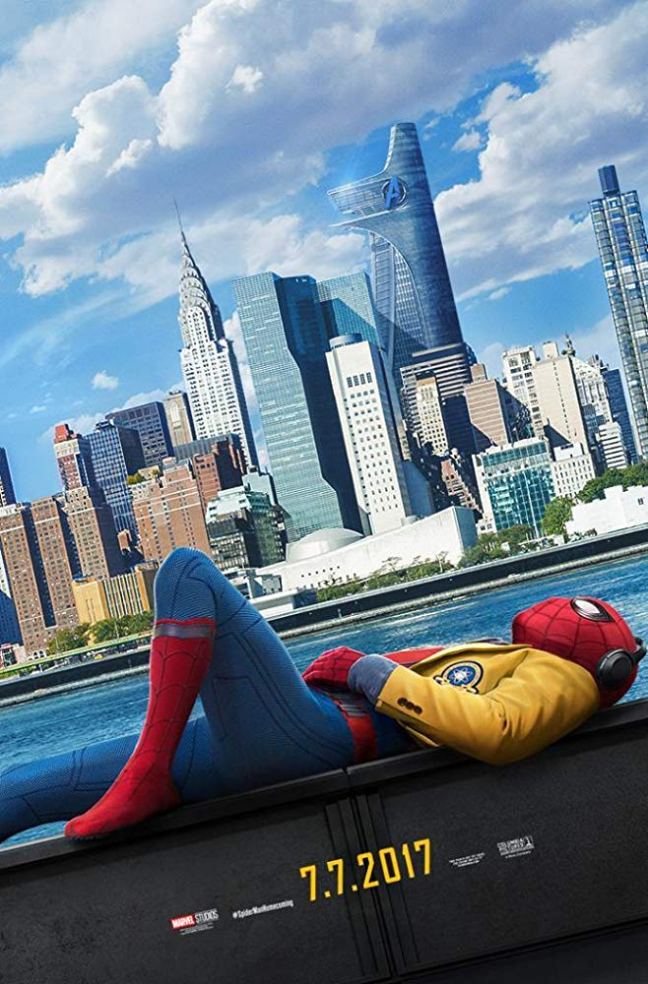 This film and my next choice are virtually tied, but one of them had to take the lower slot.

Spider-Man: Homecoming didn’t give us our first introduction to Tom Holland as Spidey; that honor belongs to Captain America: Civil War, where Holland-as-Spider-Man made a short guest appearance while fighting on the side of Iron Man and his allies. In Homecoming, we see more of this Spider-Man’s life outside the suit. He’s a normal high schooler in Queens — normal, except for the super powers, of course. He looks up to his mentor, Tony Stark, and desperately wants to be an Avenger. When he isn’t taken seriously by the powers-that-be, he must take matters into his own hands in order to bring the dangerous supervillain Vulture to justice.

This film brought Spider-Man fully into the MCU, where he could interact with other Marvel superheroes for the first time on the big screen. In order to make this Spider-Man stand out among the crowded line-up, he is younger than his Tobey Maguire and Andrew Garfield variations, as well as younger than any of the other Avengers associates. Tom Holland nails this new take on the character, giving us a Peter Parker that is immediately likable, a fast-talking plucky little kid with a good heart and noble ambitions.

Everything about Homecoming just works. It’s goofy, funny and heartfelt, never trying to be more than what it needs to be.

For me, Spider-Man: Far From Home slightly surpasses Homecoming, simply because the movie is so similar to Homecoming in all but two primary ways. Far From Home features a Peter Parker that’s likable, funny and easy to root for — just like Homecoming. But unlike in Homecoming, there’s no longer an Iron Man around to put Peter in his place. Instead, Spider-Man is forced to assume greater responsibility, growing into a more fully formed and confident leader in the process. We see this transformation occur slowly. We’re along with Peter for the ride, which parallels the real-world reality of the future of the MCU. With Iron Man’s death in Avengers: Endgame, what will Marvel movies look like in the future? Where do we go from here? Peter’s journey and our journey are mirror images of one another.

Additionally, Far From Home introduces us to Jake Gyllenhaal’s Mysterio, master of illusions and Spidey’s latest villain. Mysterio’s illusions are thematically satisfying. Not only do these creations make for unique action set pieces, where Spider-Man must distinguish trickery from reality, they also serve as meta-criticism of the entire superhero genre, blurring the line between fact and fiction.

This perfectly lays the foundation for both of the film’s two twist endings. In the mid-credits scene, we see that Mysterio has managed to posthumously frame Spider-Man for a crime he didn’t commit. J. K. Simmons’ J. Jonah Jameson appears to deliver a complete gut-punch, announcing to the entire world Spider-Man’s secret identity.

In the post-credits scene, we see that who we thought were former S.H.I.E.L.D. agents Nick Fury and Maria Hill throughout the movie were actually two shapeshifting skrulls in league with Fury, who is aboard a starship in an undisclosed location for an undisclosed purpose.

These two final scenes are excellent cliffhanger endings that tease the future of both the Spider-Man franchise as well as the larger MCU. After leaving the theater, I knew Far From Home had not only left me completely satisfied; it left me excited for more.

Does it even need to be said that Spider-Man 2 is the pinnacle of big-screen Spider-Man? Here we got a bit of everything that continues to make the franchise so compelling: a complicated inner journey for our hero, a tragic villain with an internal fight of his own and small-scale action with clear emotional weight. Spider-Man 2 combines each of these elements into a cohesive narrative that never misses a beat.

In my opinion, Alfred Molina’s portrayal of Doc Ock is near perfect, offering us a Shakespearean-class supervillain who oscillates between anguish and menace. Spider-Man 2 is a master class in bid-budget filmmaking, the greatest live-action Spider-Man film to date. ■